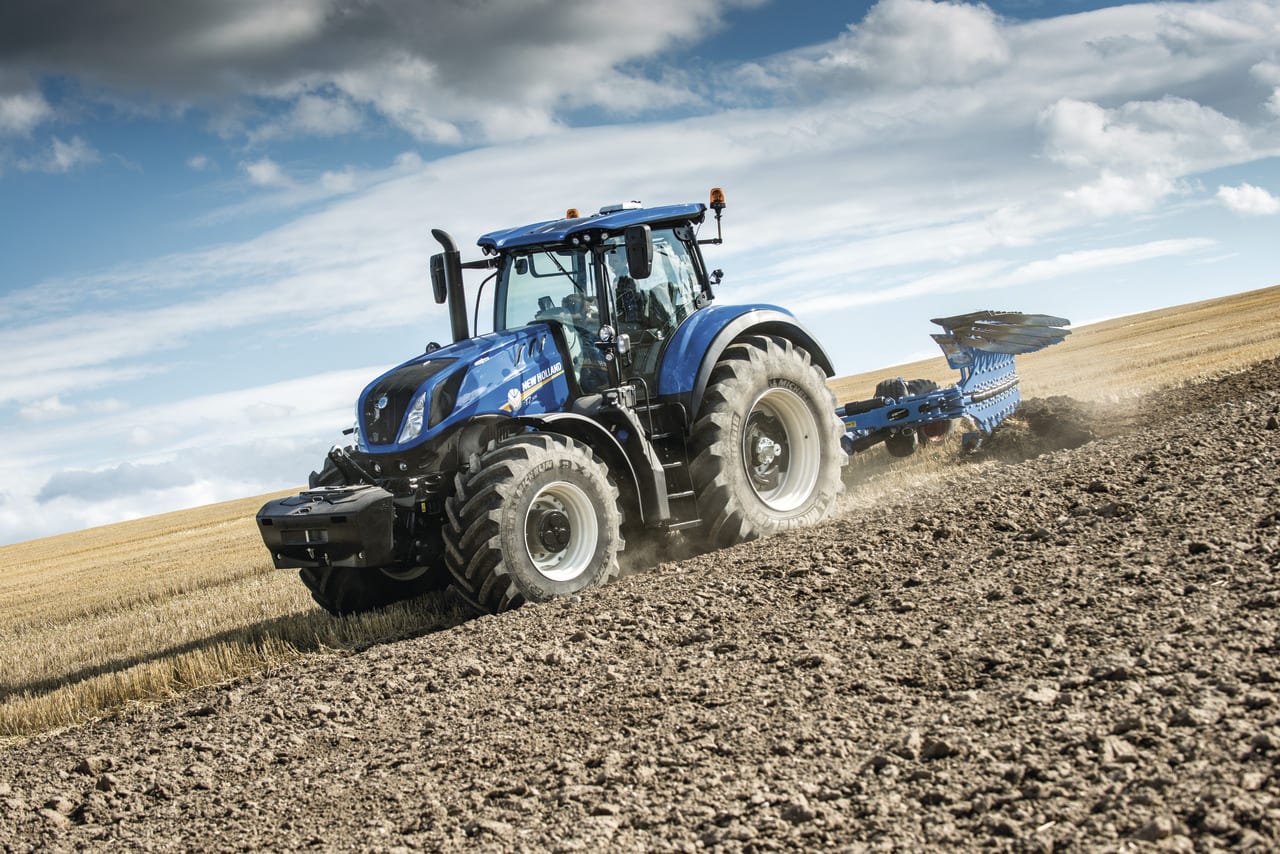 Alongside the heavy duty T7.290 and T7. 315 and the standard wheel base T7.225 the entire New Holland T7, T8 and T9 ranges are now fully Tier 4B compliant. The new machines were unveiled at New Holland’s ‘Heavy Metal’ launch and Agritechnica. C&O Tractors will be getting a demo T7.225 Blue Power in 2016, contact your local C&O sales team to book a demonstration.

New Holland has launched two new flagship heavy duty tractors. The T7.290 and T7.315 were launched to the world at Agritechnica, where the T7.315 was awarded the prestigious Tractor of the Year 2016 award, and launched to UK dealers and customers at a recent event at New Holland’s UK tractor plant in Basildon. The machines are built to respond to the need for increased power, versatility to perform a wide range of field jobs, including primary and secondary cultivations, drilling, baling and mowing as well as haulage tasks. The Horizon cab provides a quiet and supremely comfortable operating environment, along with precision technology that enables growers to optimize efficiency and performance, while staying connected with their entire farming operation. These new models also feature New Holland’s revolutionary IntelliCruise tractor-baler automation that allows the New Holland BigBaler to control the tractor’s speed according to changes in the windrow to maximise productivity and bale consistency.
‘These new models are perfect for farming operations that need the power of a large-frame tractor with the versatility of a medium-frame unit,’ explained Sean Lennon, New Holland’s Head of Tractors. ‘They can take on tasks that you would usually associate with a larger tractor while having the features to deliver great efficiency for PTO implements and transport work. They are ideal for farms and contractors whose tractors have to multi task.’

The two new T7 models can mount larger group 48 and 49 tyres (2050mm and 2170mm diameters) with a rear tyre width up to 900mm. This results in excellent traction and, most importantly, minimal soil compaction.

The need for maintenance or repair won’t cause any interruptions to your working day, your satisfaction is at the centre of our new ‘MF Always Running, Your Courtesy Fleet’ programme Find out more on https://bddy.me/31wVjmO

Interest free finance available on all HE-VA machinery over £20,000. Order now and make your first finance payment in 6 months time. Speak to your local dealer for more information or click http://ow.ly/CFkZ50y36Xs to find out more.

Talk to C&O’s Garden Machinery experts about the right @STIHL_GB chainsaw for you, clear up after Storm Ciara and be ready for Storm Dennis #candostihl #candogardenmachinery

Has Storm Ciara made an impact on your garden yet? If you need to do a post-storm clear-up, a lightweight chainsaw is a great tool, so why not check out our Chainsaw Buying Guide on the STIHL Blog to find out which one is right for you?
https://blog.stihl.co.uk/stihl-chainsaw-buying-guide/